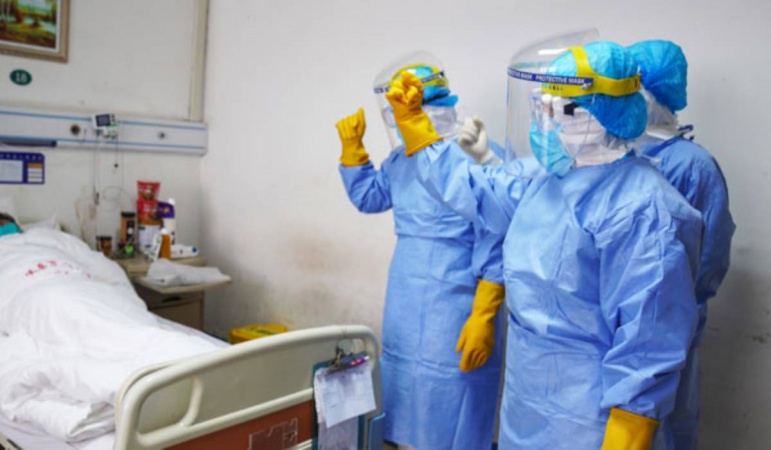 A total of 18 suspected cases of coronavirus have been identified so far in the country, the Nigeria Centre for Disease Control (NCDC) has said.

The health agency disclosed this in its fifth national situation report on the virus, following the confirmation of the first case of coronavirus (COVID-19) in Nigeria on Thursday last week.

According to the report, there is no new confirmed case of the virus in Nigeria while the 18 people identified is the latest figure as of March 4, 2020.

The suspected cases were identified across three states of Lagos, Ogun, and Kano, as well as the Federal Capital Territory (FCT).

Of all the identified cases, the NCDC stressed that the index case announced on February 27 has remained the only confirmed case in the country.

It added that out of the 148 passengers on the manifest of the index case flight, 78 have been interviewed while no new contacts have been reported in Lagos and Ogun States.

“The confirmed case is clinically and psychologically stable at the designated treatment facility for COVID-19 at the Infectious Disease Hospital (IDH), Yaba, Lagos.

This comes as the Senate President, Ahmad Lawan, called on the Federal Government to release the sum of N620 million to the NCDC as fund budgeted for the emergency response to coronavirus.

Lawan, who visited the isolation centres located at the University of Abuja Teaching Hospital in Gwagwalada, decried the situation at the temporary isolation centre which he said was not in good shape.

He stressed that the facility does not look ready to receive any patient and called on the Minister of Finance, Zainab Ahmed, to immediately release the money to the health agency.

The lawmaker made the call one week after the Minister of Health, Dr Osagie Ehanire, told reporters in Abuja that the money had been paid in full.

Ehanire had said the Port Health Services and the NCDC – which he described as the nation’s first and second lines of defence for coronavirus – received about N70 million and N620 million respectively.