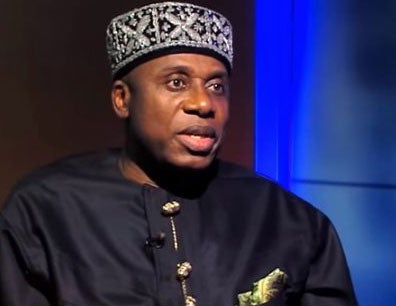 Monday, the Minister of Transportation, Rotimi Amaechi appeared before the House of Representatives Public Hearing on Treaties and Protocols in connection to the ongoing probe into loan obtained from China for rail projects.

The Minister however described the action of the committee as political.

Yesterday was the second time the minister has appeared before the committee. Amaechi maintained his previous position that Nigeria, at the moment, is very unlikely to get the remaining loans from China due to the investigations being carried out by the House. He said that the probe suggests that different arms of government are in disagreement over the loan.

The committee is also interested in the number of Nigerians and Chinese involved in the Federal Government rail project.

Amaechi’s comments come three weeks after he begged the lawmakers to halt its probe of the 500 million dollars loan from the Chinese government.

He warned that the loan which is meant for the completion of the Federal Government’s rail projects may be truncated by the Chinese government if it suspects that there is a disagreement between the executive and the legislature.

While noting the lawmakers have the powers to conduct such a probe, he appealed to them to do so after Nigeria has obtained the loan to prevent the proposed projects from suffering a setback.

“The investigation being carried out by the National Assembly may frustrate the loan agreement between us and China on the Port Harcourt to Maiduguri rail project.

“We have the approval to construct the Lagos-Ibadan, Lagos-Kano and Lagos-Calabar rail lines; we are also at the point of negotiating for the loans.”

“Summoning us to the National Assembly to come and address the loans would look like the government is no longer interested in the loan,” the minister said.