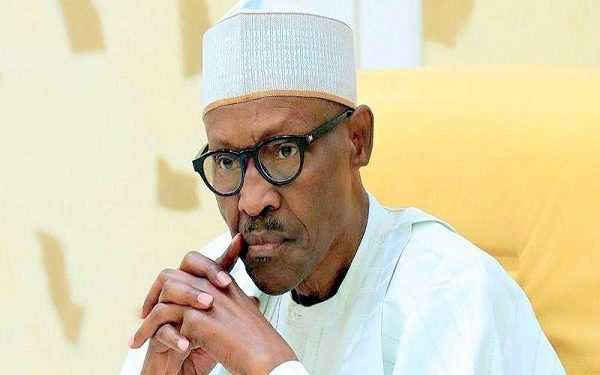 Honestly, I have always advocated sanity and peaceful existence in this country. In sociological explanation, I could be referred to as a *PACIFIST* those who read my articles and posts on Facebook can still remember that I do not advocate violence.

I have reason for that. Because I was of mature age during the civil war in 1967-1970. Most of those who are itching for war and for the disintegration of Nigeria today were not born by then and unfortunately, our school curriculum-Primary, Secondary and Tertiary were bereft of adequate literature on  civil war. Any civilised country would have made the study of Nigerian civil war history, it’s causes , processes, sequences and consequences a pivotal study in the primary, secondary and the tertiary institutions. If this has happened, those itching for war now would be more rational in doing so.

As a mature person then, qualified to be recruited into the civil war, I knew everything that happend (external and internal information) therefore, nobody can teach or lecture me on the repercussions of the civil war.

I don’t want to start by blaming past actors in the Nigerian project because the harm has already been done but according to one Igbo proverb, “If someone comes to your house to take shelter and you ask him where the rain started to beat him and he cannot tell you, chase him out because tomorrow he will not remember that you gave him shelter.”

Analytically, the foundation of our today’s problem must be laid at the doorstep of the British colonialists. They knew that the so called amalgamation was a ruse. They knew that Nigeria with over 120 ethnic nationalities with differences in culture, religion, economic outlook can not be wielded together (Unamalgamatable) But because of satanic and selfish interest, they cajoled our foremost leaders to enter into a an unholy alliance to form a country.

for example, when Tanganyika and and Zanzibar were struggling to be separated, the British created two countries of Tanzania and Zambia. Equally, when India and Pakistan were locked in a war of national identity, the British granted Pakistan separate independence and India a separate nation. But this did not go well with the people of Bangladesh.

Hence they separated and formed a nation of Bangladesh which the British recognised and the Indians acquaised. In addition, when there was consistent agitation, Yugoslavia was broken into five countries namely Bosnia, Herzegovina, Croatia, Kosovo and Yugoslavia.

In short, out of 195 members of the United Nations, between ten and thirty came in to be through either war fare or plebiscite (Self determination). Thus, if the British had meant well for the people of Africa, it could have done the same in Nigeria.

I still remember the graphic creation of 12 states by Ralph Uwaechue. If the British had created eight countries from Nigeria making provisions for interstate harmonious contacts and social interactions, we would have been spared of today’s precipitation and upheaval.

Whether the British like it or not, they must share a greater blame for Nigeria’s political problems.

Furthermore, during the coup de’tat of 1966 when northerners loaded members of their families to return them to the north in planes when Lt. Col. Gowon said,”the basis of the Nigerian unity is no longer there.”

It was the British colonialists who advised the northerners what they stand to gain by continuing in the federation. Even as today, there are British technocrats who are secretly advising the government not on how to break Nigeria but how to patch the union in spite of its contradictions and concomitant mirage of nationhood problems.

Apart from the ignoble role led by the British untill today, the emergence of Fulani hegemony has been added to our political problems. In addition, the stubborn manifestation by the Fulani herdsmen has added fuel to the fire. In the last few years untill today, good and patriotic Nigerians including myself have been advocating for the unity of Nigeria no matter how patchy.

But unfortunately , many northerners who stand to gain from the ensuing crisis, particularly those in the senate and House of Representatives have not had the political courage and boldness to pressent a motion or a bill calling on the President of the Federal Republic of Nigeria to resign. Because no matter how much we açai is the truth which is said to be bitter, if his excellency who is the president of Nigeria resigns today, monumental eclipse of peace would envelop the country. Why do I say this?
1) All things considered, many of his associates including Rotimi Amaechi has testified that he does not read memos or briefs presented to him.
2) it is generally believed that he is under the control of the cabal of the top Fulani leaders in his government.
3) that his physical appearance and mental alertness by way of  his age and body of his office does not enable him oversee these problems
4) That some untouchable Fulani in his government have arrogated to themselves cluster of cabal each with a zone of authority which they establish.
6) It is the general believe that it is difficult, absolutely difficult to see the president no matter how highly placed in the society. According to a revelation by one of the South Eastern Governors who could not talk to his president in spite of hours and hours of wait. I am aware that those whom are supporting the President in spite of his non performance stance would not like the view expressed here. But the truth remains that in life, there is only one thing that does not have an alternative and that is,”Truth.”

Therefore the House of Representatives-the legislature and the senate should move for the impeachment of the president or ask him to resign because Nigeria is greater than him. They cannot muster courage to do it because the executive, the legislature and the judiciary which are the three organs of government have been fussed into one branch-the executive. We must therefore not continue to mumble and fumble because we should laugh at ourselves that today, we are not being led by a dynamic result oriented president. Rather we are being led by a parochial nepotic and tribalistic president who doesn’t care anyway.

Therefore I challenge the Nigerian Parliament to prove me wrong. No doubt that their dynamic and sympathetic and patriotic parliamentarians like one Igbo proverb,”The milipid  said it’s too many legs do not allow it run.” Because the parliamentarians are mundane aprons tired to the waist of the executive. This is an open challenge. I posit that Nigerian parliament is timid and cowardly.