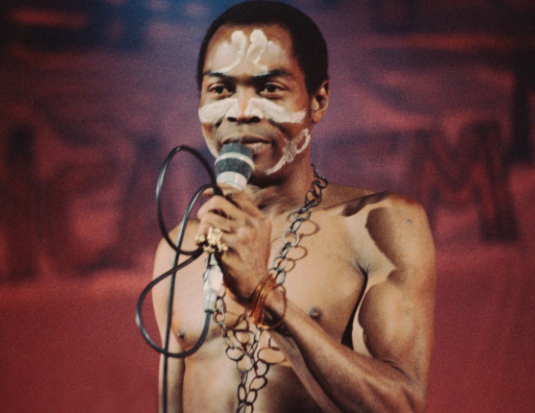 Femi Kuti, one of the sons of the late legendary afrobeats musician, Fela Anikulapo Kuti, has spoken about his father’s loss in the 2021 Rock and Roll Hall of Fame induction.

This was the first time the late legend had ever been nominated for the induction, but he lost to Tina Turner at the Fan’s Votes.

Replying to questions posed to him by his fans via Twitter, the saxophonist wrote, “Apparently there’s another vote only members can take part in, and that’s what counts. So, they kind of wasted our precious time; the positive side is #Fela was trending and many who never heard of him got to hear his music and his story.”

An irritated fan, @Sensei_GEM, tweeted, “This is exactly it!!!! If they knew another layer of voting was needed, then I won’t have bothered… NONSENSE.”

However, the four time Grammy award nominee replied, “But look at the positive side nah. We made Fela trend like mad, lots of people who never heard of him googled, checked him up, listened to his music and were like WOW.”

Nigerian tweeps have taken to the microblogging site to air their frustration over the development. @UNCLE_AJALA tweeted, “So Fela Anikulapo-Kuti didn’t make the list of #RockHall2021 inductees, with all our campaigns and votes? I think fans vote is just formality, because Fela was the first runner up behind Tina Turner, and those in 3rd, 4th and 5th place made the list.”

Another tweep, Mykenzie, via his handle @Mykenzi14407009, queried, “Why have a fan vote if they don’t count? Fela Kuti and Iron Maiden were in the top five and not inducted but Jay-Z was dead last and inducted.”

Also, popular social media commentator, Japhet Omojuwa, tweeted, “No disrespect, but this is rubbish. It must have taken a lot of effort to ignore Fela he*re. Absolute nonsense!”