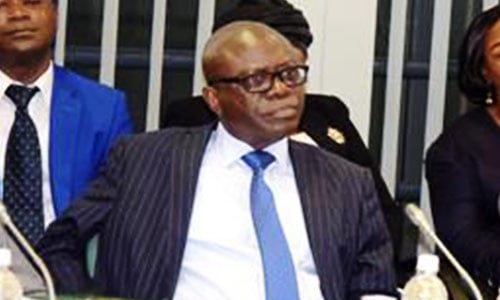 The Federal Government has assured that it would ensure a transparent and fair process in the sale of assets forfeited to it in the course of its anti-corruption efforts.

The Permanent Secretary of the Federal Ministry of Justice and Solicitor General of the Federation, Dayo Apata (SAN) gave the assurance while speaking in Abuja on Thursday at the opening of bids for auctioneers for the assets.

Apata, who is also the Chairman of the Inter-ministerial Committee on the Disposal of Assets Forfeited to the Feral Government, said his committee has identified such assets in 24 locations across the country.

He said the committee has steadily progressed in its assignment since it was inaugurated on November 9, 2020 by the Attorney General of the Federation (AGF), Abubakar Malami, following an October 27, 2020 directive to that effect by President Muhammadu Buhari.

He said his committee, having concluded the valuation stage, during which expert estate valuers were invited to ascertain the current market value of the assets, is now proceeding to the next stage of choosing auctioneers to conduct the formal auctioning.

Apata added that part of the measures put in place to ensure transparency in the process was the inclusion of representatives of anti-graft agencies in the committee, whose members are also precluded from being part of the auctioneering process.

The Chairman of the sub-committee, saddled with the task of conducting the bid for auctioneers, Engineer Bello Nasir, of the Bureau of Public Procurement (BPP), said about 2000 companies’ submitted bids.

Nasir, who assured that his sub-committee would be fair to all, said his members