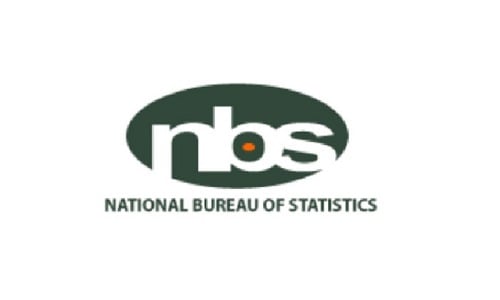 nflation is deepening poverty and crippling the economy, experts said yesterday as the National Bureau of Statistics (NBS) released its May figure.

Although hardline inflation gained a marginal 0.19 per cent from the April rate, leaving it at 17.93 per cent, the World Bank said additional seven million people have been pushed below the poverty line.

Director-General of the Lagos Chamber of Commerce and Industry (LCCI) Dr Muda Yusuf said: “From month on month perspective, inflation accelerated across all parameters and this underscores the fact that inflation remains a major challenge to investors and citizens.

“Inflation is perhaps the biggest poverty accelerator because of the weakening of purchasing power.

Yusuf added that the Centra Bank of Nigeria’s financing of deficit, which had grown rapidly in recent years, was highly inflationary because of the profound effect on money supply growth.

He said that the drivers of inflation had remained largely the same and were mainly supply-side issues.

Yusuf noted that these included the security situation, cost of transportation and logistics, energy costs, exchange rate depreciation, illiquidity in the forex market, climate change, among other variables.

“Monetisation of fiscal deficit has lately become an added factor, he added.

The NBS said the composite food index rose by 22.28 per cent in May compared to 22.72 per cent in April, indicating a 0.44 per cent decrease.

The Bureau, however, said there were increases in the prices of bread, cereals, milk, cheese, eggs, fish, soft drinks, coffee, tea and cocoa, fruits, meat, oils/fats and vegetables.

The NBS Consumer Price Index (CPI) report of May said: “On a month-on-month basis, the headline index increased by 1.01 per cent.

It said increases were recorded in all Classification of Individual

Consumption by Purpose (COICOP) divisions that yielded the Headline index.

It explained that the percentage change in the average composite CPI for the 12 months ending May over the average of the CPI for the previous 12 months period was 15.50 per cent, showing a 0.46 per cent point rise from 15.04 per cent recorded in April 2021.

The NBS said on a month-on-month basis, the food sub-index increased by 1.05 per cent in May, up by 0.06 per cent points from 0.99 per cent recorded in April.

This rise in the food index was caused by increases in prices of bread, cereals, milk, cheese, eggs, fish, soft drinks, coffee, tea and cocoa, fruits, meat, oils and fats and vegetables.

The ‘All items less farm produce’ or Core inflation, which excludes the prices of volatile agricultural produce, stood at 13.15 per cent in May 2021, up by 0.41per cent when compared with12.74 per cent recorded in April.

The latest World Bank Nigeria Development Update (NDU) noted that “in 2020, the Nigerian economy experienced a shallower contraction of -1.8 per cent than had been projected at the beginning of the pandemic (-3.2%).

The World Bank said the situation has “pushed an estimated seven million Nigerians below the poverty line in 2020 alone”.

It said food prices accounted for over 60 per cent of the total increase in inflation.

This edition of the NDU proposes near-term policy option organised around three priority objectives: reduce inflation by implementing policies that support macroeconomic stability, inclusive growth, and job creation; protect poor households from the impacts of inflation; and facilitate access to financing for small and medium enterprises in key sectors to mitigate the effects of inflation and accelerate the recovery.

“Given the urgency to reduce inflation amidst the pandemic, a policy consensus and expedite reform implementation on exchange-rate management, monetary policy, trade policy, fiscal policy, and social protection would help save lives, protect livelihoods, and ensure a faster and sustained recovery,” said Marco Hernandez, the World Bank Lead Economist for Nigeria and co-author of the report.

He said the government needed to maintain reform momentum, but that some important reforms had stalled.

He cited petrol subsidies, which have recently returned after the government had established a market-based pricing mechanism, and electricity tariff reform, an area where planned adjustments to bring prices in line with costs have been paused.

Hernandez said Nigeria had the largest number of people without access to electricity in the world, and that electricity subsidy benefited mainly richer households.

He said the COVID-induced crisis was expected to push over 11 million Nigerians into poverty by 2022, taking the total number of people classified as poor to over 100 million.

The World Bank expects the Nigerian inflation rate in 2021 to be 16.5 per cent. The forecast for sub-Saharan Africa, excluding Nigeria, is 5.9 per cent.

“While the government has made efforts to reduce the effect of these by advancing long-delayed policy reforms, it is clear that these reforms will have to be sustained and deepened for Nigeria to realize its development potential.”