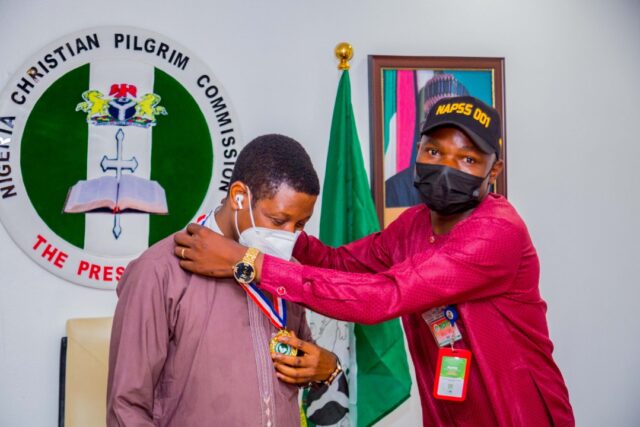 The Executive Secretary of the Nigeria Christian Pilgrim Commission, Rev. Yakubu Pam has said that education is the instrument of success for any nation.

According to a statement issued by the Head, Media & Public Relations of the Commission, Celestine Toruka, he said this when playing host to the Executive Members of the National Association of Plateau State Students at his office today, 17th June, 2021.

He urged Nigerians to imbibe the spirit of unity and togetherness and not to promote division and ethnicity in the country.

According to him, “we must think nationalism and build Plateau State and the nation at large”.

Rev. Pam stressed the need for the Youths to work hard and be focused in their educational pursuit in order to build capacity with the aim of National Development and becoming the future leaders of Nigeria.

His words, “one of you can lead this nation because an indigene of Plateau has led Nigeria in the past”.

The NCPC helmsman thanked the Executive Members of the National Association of Plateau State students for their visit. He pledged his support for them and promised to channel all prayers to the right quarters.

According to him, “we commend the President for appointing an indigenous son of Plateau for this position.”

He further informed that the educational pursuit of the student in plateau State is being thwarted because of the security challenges in the state. In his words, “as a leader, “we want you to help proffer solutions to the insecurity facing this country”.

Mr. Dung commended the Executive Secretary for his laudable contribution to peace building and pilgrimage in Nigeria.