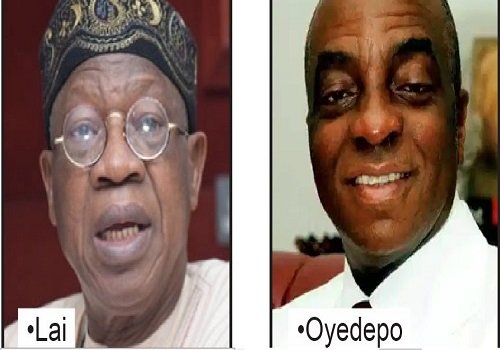 IN incisive and pungent critiques of the ongoing consideration in the National Assembly of Executive Bills seeking to amend the Nigerian Press Council Act and the National Broadcasting Commission Act, the Nigerian Guild of Editors (NGE), Newspapers Proprietors Association of Nigeria (NPAN) and the Nigerian Union of Journalists (NUJ), have pointed out the fascistic inclination of the proposed legislation to regulate the media and the dangers an emasculated press poses to the evolution of a stable and accountable democracy in Nigeria. As has been noted by several analysts, the non invitation of these key media organizations to the public hearing on the Bill to allow for public input into the proposed law gives a hint of a suspicious lack of transparency in the management of the process possibly for underlying ulterior motives or hidden agenda.

However, the NGE, NPAN and NUJ are also to blame for seemingly treating the proposed law with levity as reflected in their absence at the public sitting of the Bill because they were unaware of the event. As the sponsor of the  Bills, Mr Odebunmi Olusegun, explained  to the media, his committee’s placement of newspaper adverts inviting members of the public to the hearing was sufficient notice to all stakeholders and other interested persons. These media organizations needed no special invitation to attend the public sitting and make their robust contributions.

Coming shortly after the indefinite suspension of the Twitter online platform in Nigeria, the attempt to give media regulatory agencies what the NGE describes as ‘draconian provisions’ to regulate the media industry through several new regulatory powers as well as more severe sanctions for infractions by media practitioners and organizations, this move reinforces the perception that the government has concluded that the media is its enemy. Criticism of government and public officers by the media is indeed critical to democratic sustainability and good governance. It does not imply hatred for a given government or deliberate attempts to destabilize and undermine it as Information Minister, Alhaji Lai Mohammed, suggests in his public communications. Indeed, Alhaji Lai Mohammed, as opposition spokesman prior to 2015, used the media to devastating effect against the then ruling PDP federal government.

As Lord Acton’s immortal aphorism states, ‘power corrupts and absolute power corrupts absolutely’. This truth has been proven right across time and space wherever man is governed by mortals and not infallible Angels. A weakened, frightened and strangulated press, as these proposed amended legislations seemingly aim at achieving, leads to increasingly unrestrained, unaccountable and insensitive governments with the enhanced vulnerability to the possibility of power drunkenness on the part of public office holders and the attendant proneness to debilitating corruption. Nothing can, therefore, be more dangerous in an evolving and still fragile democracy like ours than the strangulation and weakening of the media.

Among other provisions, the proposed amended legislation seeks the establishment of a National Press and Ethical Code of Conduct for media houses and media practitioners, which shall come into effect and be disseminated after approval by the Minster of Information and that the code shall be binding on every media houses and journalist. The NGE laments that, “Again, apart from the fines for journalists or media houses that violate the Act, the Bill also says that in an extreme case, the council shall order the striking out of the name of the journalist from the register and suspend the person from practice by ordering him not to engage in practice for a period not exceeding six months; as may be provided for in the directive”.

The problem here, which the NGE, NPAN. and NUJ point out, is who determines what is fake news? Can the government be the accuser and at the same time the judge on what constitutes fake news? Can successive illiberal governments in future not exploit the expansive regulatory and punitive provisions in the proposed law to emasculate, strangulate and render the media impotent to the detriment of democracy, the rule of law and good governance? Do we not have sufficient laws in our statutes to deal with these alleged ills of the media such as laws against sedition and libel?

As the NGE rightly submits, “This kind of media regulatory council will neither serve the interest of the media industry, strengthen its constitutional role – of holding public officers accountable to the people nor serves the general interest of the public – who are the original trustees of the media”. The association also stressed that it dies not need the approval of the Minister of Information to establish and disseminate a National Press Code and standards to guide the conduct of print media, related media houses and media practitioners and approve penalties and fines against violation of the press code, as provided for in the Bill. A pertinent question to ask, however, is if the media has engaged in rigorous self-scrutiny and regulation to check and punish media practitioners and organizations who publish or broadcast patently false, malicious or incendiary material capable of unjustly damaging personal and corporate reputations or societal peace, harmony and stability?

The answer to this question is, in my view, a sad no. The truth is that if the media does not check itself by engaging in constant peer review, maintaining the highest ethical and professional standards among its ranks and enforcing disciplinary measures on erring practitioners, governments will always be tempted to do so for them. And the result will always be to suffocate and enfeeble the media with negative implications for democracy and development. The media has so much power over minds that it cannot indulgently allow some of the errant, false and combustible information disseminated routinely by many media organizations. The privilege of exercising the immense powers of the media must be accompanied by a habitual demonstration of rigorous adherence to the highest ethical and professional standards by media practitioners.

In his autobiography, published in the 70s and titled ‘Timebends’ the playwright, Arthur Miller, wrote about how the publisher of the New York Times at the time invited 100 leading personalities in the city to a brainstorming session on what should be done to ensure that the newspaper did not wield its tremendous powers without the appropriate sense of responsibility and in anyway detrimental to the public good. It is this kind of deep appreciation of its powers and its critical role in helping to achieve a good, peaceful, stable and prosperous nation that the Nigerian media can be self-censoring and restrained as well as cautious in its handling and dissemination of information especially in the kind of troublous situation in which the country finds itself today.

And still on social media regulation, the General Overseer of the Living Faith Church Worldwide, Bishop David Oyedepo, has thrown his weight behind plans by government to regulate social media. Of course, the respected man of God is not a fan of the President Muhammadu Buhari administration. He has, from his pulpit, launched vehement salvos against some of the administration’s policies and actions. In fact, his continuous usage of Twitter just like many other religious leaders, suggests that the fiery cleric is not in support of the current Twitter ban by the federal government. His views on the planned regulation of social media by the federal government is thus important and cannot be dismissed with a wave of the hand.

In his address last week on the occasion of the seventh convocation of Landmark university, Omu-Aran in Kwara State, the Bishop was of the view that urgent steps be taken to check unrestricted access to social media arguing that mindless and ceaseless chatting on several online platforms is robbing millions of youth of their future. In his words, excessive preoccupation with social media “unconsciously robs people of their future – no time to think; no time to plan; no time to programme… This generation may lose her heroes to social media disaster. Here is one creeping serpent that is eating up the destinies of many individuals. The social media saga has eroded the substance of destiny of most youths today. What is supposed to be a plus has suddenly become a major minus, because everything delivers through investment of time”.

Bishop Oyedepo noted further that “We must wake up fast from our slumber to deal with this monster. Young people beware! Addiction to social media is like addiction to drugs. It can render a whole destiny useless…Many youths spend less than 10 to 20 percent of their time on their tasks per day. They can never match a generation that spends 70 percent to 80 percent on their tasks. We must devise means to put a check on social media, particularly those that are not adding values. Life is a race. Everyone should get on the track, ready for the run of their lives”.

Here, the Bishop is taking the debate beyond the ban on Twitter to questioning the role that social media plays in fostering waste of valuable time through an addiction to its usage that is detrimental to the future success particularly of the youth. There is thus the need for self-censorship on the part of individuals and deliberate and conscious decision to be made not to be ensnared by social media. In the final analysis, self-regulation by media organizations to ensure adherence to professional ethics in the industry as well as self-restriction by individuals on their usage of the social media, are much more critical and advantageous than government intervention and high-handed regulatory measures that can be abused to violate the individual’s right to free dissemination and receipt of information, which is a vital necessity in any open, liberal democratic polity that we are still striving to be.