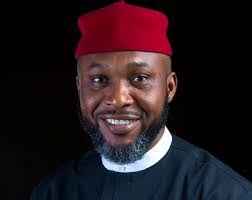 Since I made up my mind to pen these thoughts on Osita Chidoka’s life journey, I have had to wrestle internally to keep my personal bias at bay. The reason being that the goal here is to present the fact as I know them, without launching a hagiography about my Jackson House hostel mate, who has been a leader for as long as I have known him.

Growing up in my neck of the woods, everyone knew Osy Chidoka. I later joined him and a few other close friends at Union Secondary School Awkunanaw Enugu, as part of the graduating class of 1988. We weren’t particularly close at school probably because I couldn’t make the cut to the big boy club back in those days. I was friends with his uncle, Echezona Charles Nzelu, who is now a medical doctor. Even then, Osita was very popular as a student leader and later became the deputy senior prefect of the school. We got to know each other a little closer through a few other interactions especially during the weekly house meetings on Sundays.

Although our paths diverged thereafter as he went on to pursue a degree in Business Management at the University of Nigeria (UNN) while yours truly went to medical school, we still shared a solid bond through the city and school we both love so much. I will come back to that in a bit.

Even as he dissolved into academics while at UNN, Osita still found time to play the kingmaker in the then Students Union government, built his way up to become the Igwe of Kenneth Dike Hall and under the tutelage of late Arthur Nwankwo, was gradually introduced into the national political stage. By the time President Babangida annulled June 12, 1993 election and Chief MKO Abiola was fighting to reclaim his mandate, Osita Chidoka had become an emissary of some sought between National Democratic Coalition (NADECO) and other pro-democracy forces fighting alongside Moshood Abiola.

From his brief stint as a Senior Public Affairs Advisor to the American Oil giant, Exxon-Mobil to serving in many capacities as special assistant (SA) to members of the federal executive council, Chief Chidoka’s rise to national prominence was meteoric. It was his position as the Corp Marshall of the Federal Road Safety Commission (FRSC) however, that cemented his position as an astute administrator. It did not hurt that the late Chief Ojo Maduekwe, the man who was as controversial as he was brilliant, took him under his wings.

As the Chief executive officer of FRSC between 2007-2014, that government agency witnessed unprecedented growth and a slew of transformative changes. From being among the first of its kind to embrace Private Public Partnership (PPP), a move designed to cut government spending, to creating an all-inclusive work environment where lower staff cadre felt visible and protected. It was also during his time in the agency that the national driver’s license assumed full biometric capabilities.

President Jonathan tapped him as his aviation minister in recognition of his exemplary leadership and strong work ethics, great people skill and being a bridge builder across Nigeria’s multi-cultural/ politics divides. His former boss and current governor of Kaduna state, Mallam Nasir El Rufai fondly calls him Osita of the Federal Republic, not to be confused with the national honor he bagged as an Officer of the Federal Republic (OFR).

Since leaving political office following the defeat of President Jonathan in the 2015 election, Chief Chidoka has remained active in both private and public life. In 2017, he ran for the governorship of Anambra State as a member of the United Progressive Party, but lost to Governor Willie Obiano of All Progressive Grand Alliance (APGA). His campaign at the time with the help of Mr. Patrick Okigbo of Nextier Policy Advisory, embraced grassroots fund raising effort that was both innovative and exemplary. Although that did not translate into electoral victory, the chief was clearly ahead of his time.

As a Special Adviser on Strategy and External Engagements to PDP, he is helping Nigeria’s main opposition party to produce actionable strategy to reposition itself for victory in the upcoming elections. He is currently the executive chairman of Noble and Marble, a companies focused on transport advisory, training among others and a freshly-minted law graduate of Baze University, Abuja.

In Enugu, Osita has a stature that rivals that of a folk hero. He is a constant feature of that city with all its glory including the famed street art of the Ogene music along Okpara square. It’s not uncommon to see the chief wriggle his waist to the melodious tune while leading a procession of the city’s cultural landmark. Osy is a full blown 042.

In his hometown, where he holds the prestigious title of Ike Obosi, he is fully enmeshed in lots of philanthropic efforts. In 2019, he launched a health outreach initiative with an ambitious plan to benefit the 179 communities in Anambra state. He has also been in the vanguard of many youth development and empowerment programs across the country.

What do you say to a man whom God has so richly blessed? Welcome to chapter 5.0, Ike Obosi. May your days be long.

Dr. Agbo, a Public Affairs analyst is the coordinator of African Center for Transparency and Convener of Save Nigeria Project. Email: Eagleosmund@yahoo.com