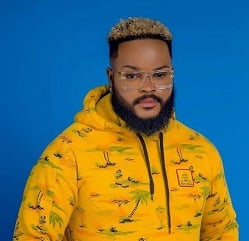 BBNaija Shine Ya Eye housemate White-Money has hinted he knows that Maria and Pere nominated him for possible eviction ahead of Sunday, August 8, 2021.

In his diary session with Biggie, when asked who he thinks nominated him, he said “Obviously it’s both of them. I know Maria and Pere did for obvious reasons.”

He added during the wildcard nomination session, he knew it was Maria and Pere but decided to only give Pere up. He said they both knew that he was aware of them being the wildcards but when they questioned him, he refused to give in.

Whitemoney also gave proof of why Maria and Pere nominated him. He said after the nomination process, Maria came to and was crying. ‘That’s just a sign of guilt but I understand.”

On Pere’s part, Whitemoney said Pere always had an ‘off’ vibe about him, that’s how he knew he was a wildcard and after Pere knew he was aware of who he was, Pere started acting some way towards him.

Therefore, he knew that if any nomination process comes up, Pere was obviously going to mention his name.