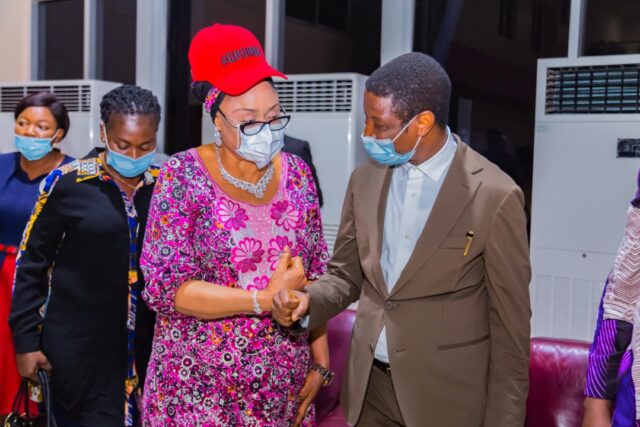 Pilgrimage is one of the spiritual exercises religious people embark on to strengthen their faith in God, which helps in spiritual growth.

Both Christians and Muslims embark on Pilgrimage to those lands that have history with the origin of their faith.

That is why Christians go on pilgrimage to Holy Lands of Israel, Jordan, Greece and Rome while their Muslim counterparts visit Mecca and Medina respectively for pilgrimage.

However, it has been a herculean task for Governors and other leaders to sponsor pilgrims.This has nonetheless created so much doubts in the minds of new converts and those growing in the Christian faith as they have nothing concrete to back up the teachings of the Bible and the clerics.

Meanwhile, pilgrimage to Israel has been hampered by the crises in the middle east – a war situation, which has elicited the government of Israel to put embargo on visits for the purposes of pilgrimage coupled with the ravages of COVID-19 pandemic.

The NCPC Boss, Rev. Yakubu Pam, in his wisdom through the inspiration of Holy Spirit came up with the idea of using The Kingdom of Jordan because of its historic place in the ministry of our Lord Jesus Christ.

The South East Governors who seem a bit confused have failed to keep to one of their electoral promises and their own christian faith by denying their people the opportunity to experience the spiritual rejuvenation in their lifetime.

Meanwhile, issue of Peace Building cannot be achieved without strengthening religious faith and making people have faith in the God they serve, His principles and ordinances.

Little wonder the Executive Secretary of the Nigeria Christian Pilgrim Commission, Rev Yakubu Pam, has tasked the Governors of the South East to emulate the gestures of the Enugu State Governor, RT. Hon Ifeanyi Ugwuanyi on Pilgrimage sponsorship.

He made the disclosure on 15th August, 2021 at the Akanu Ibiam International Airport, Enugu during the airlift of intending Pilgrims of Enugu State, Bauchi,and Benue to the Kingdom of Jordan.

He commended the Executive Governor of Enugu State for being the only Governor in the region who sponsored Pilgrims to the Kingdom of Jordan in the 2020 Pilgrimage exercise.

He stressed that the Enugu State Governor must be applauded for his commitment to the spiritual well being of the people of Enugu State. He called on the church in Enugu State to indeed commend the Governor for this giant strides.

He affirmed that Pilgrimage is not a tourism enterprise,but a spiritual journey.

Rev Pam explained that he was excited to inform that the batches that had travelled to Jordan and returned, the Commission recorded zero abscondment of Pilgrims which according to him ‘ is unprecedented.”


He admonished the intending Pilgrims not to disappoint their Governors who despite the global hard economic situation were able to sponsor them on this spiritual journey to the Holy Land at a time like this.

His words”, do not make that mistake of absconding In Jordan”. He added,” the Pilgrims that have gone before you to Jordan have all returned to the country.”

The NCPC Chief Executive informed the intending Pilgrims that the 2020 Pilgrimage exercise to the Kingdom of Jordan is being conducted in compliance with the COVID 19 protocols.

He admonished them not to take it for granted.According to him,”, this is not a mean feat”.

The Governor urged the intending Pilgrims to be good Ambassador of their states and the nation.

About 307 intending Pilgrims comprising Enugu, Benue, Bauchi,and Lagos made up the 6th batch of Pilgrims to be airlifted to the Kingdom of Jordan.