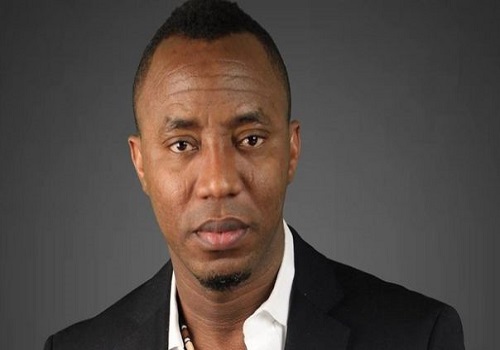 Sahara Reporters Publisher and ex-presidential candidate, Omoyele Sowore has berated authorities at Adekunle Ajasin University Akungba-Akoko, over a recent memo released to warn students to desist from the indecent dressing.

Rising from a Senate meeting last month, the institution had released a circular dated September 7th warning students to eschew indecent dressing or risk rustication for one semester.

However, Sowore on his Facebook page condemned the move describing the memo as ‘insane’.

He also called for the sack of the institution’s Senate over what he termed ‘indecent reasoning’.

He wrote: “This bizarre, backward and belligerently insane memo emanated from a Nigerian University, to be specific, this nonsense, was released from Adekunle Ajasin University in Ondo State.

“This State is always touted to have produced some of the best brains in Nigeria and now the Senate of the University must have recently appointed a “Hisbah” commander as its Vice Chancellor and the only thing the university could do was turn its Senate into a Fashion Police force.

“It doesn’t get worse than this. There is something wrong with the crop of leaders managing every aspect of Nigeria’s institutions life. How on earth do you rusticate a student for one semester for indecent dressing?

“Every member of that University Senate who signed up to this rubbish should be fired for indecent reasoning! And as for the students, I dare say, resistance is your best bet! Aluta Continua!”

But in a chat with The Nation, the Registrar Mr. Olugbenga Arajulu, who challenged Sowore to go to court if he felt aggrieved, noted the Senate made the decision following repeated warnings to students which fell on deaf ears.

“It is the decision of the Senate to introduce such a stiff penalty since the students refused to heed repeated warnings. What is Sowore’s problem? Let him go to court,” he said.