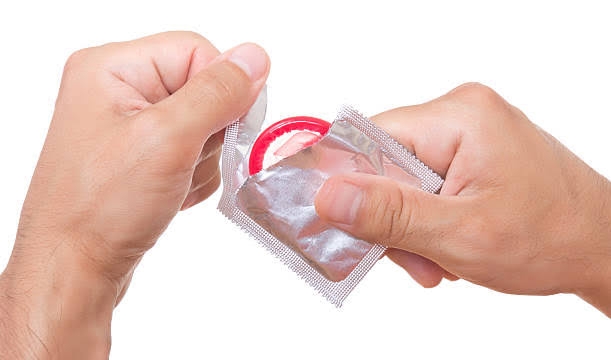 California Governor Gavin Newsom signed two new laws on Thursday that provide more rights for victims of sexual assault and misconduct. Both bills — one tackling “stealthing” and the other spousal rape — were introduced by Democratic Assemblywoman Cristina Garcia, who has been working on the laws for years.

The first law, AB 453, makes it a civil sexual battery offense for someone to engage in stealthing, or removing a condom during sex without verbal consent from their partner. The state is the first in the country to prohibit the act, according to the Associated Press.

Under the new law, which Garcia has been advocating for since 2017, victims of stealthing can sue the person who commits the violation for damages and relief.

“Sexual assaults, especially those on women of color, are perpetually swept under the rug,” Garcia said in a statement. “…It’s disgusting that there are online communities that defend and encourage stealthing and give advice on how to get away with removing the condom without the consent of their partner.”

Newsom’s office pointed to a 2017 Yale study that found both men and women have been the victim of stealthing. The researchers found that along with victims being fearful of having gotten a sexually transmitted infection or an unwanted pregnancy, they also described the experience as a “disempowering, demeaning violation of a sexual agreement.”

With @AsmGarcia’s #AB453 signed, victims of stealthing will be able to take civil action against their perpetrators. By passing this bill, we are underlining the importance of consent.https://t.co/uxlorgewu4

— Office of the Governor of California (@CAgovernor) October 8, 2021

Prior to the bill’s signing, California law defined rape as an “act of sexual intercourse accomplished with a person not the spouse of the perpetrator under certain circumstances.” Those circumstances include an inability to give legal consent because of a disorder or disability or the perpetrator fraudulently representing the situation. According to the previous law, however, spousal rape “does not include acts of sexual intercourse accomplished under the specific circumstances.”

The latest legislative action eliminates this provision to include spousal rape in the broader definition of the act, except in cases in which one of the spousal partners has a mental disorder or developmental or physical disability.

Newsom’s office pointed to the prevalence of intimate partner violence in their press release of the bill’s passage. Marital rape is the most underreported form of sexual assault, even though between 10% and 14% of women are raped at some point in their marriages, according to the National Coalition Against Domestic Violence.

It wasn’t until 1976 that a state legally recognized spousal rape.

The new California law also changes the penalty for spousal rape. While those who rape their spouses had the same maximum penalties as those who rape non-spouses, they were able to receive probation and did not get placed on the sex offender registry. Now, if a spouse is raped by force, while under the influence or unconscious, or was threatened with retaliation, the perpetrator will not be able to evade those penalties.

“Rape is rape,” Assemblywoman Garcia said in a statement. “And a marriage license is not an excuse for committing one of society’s most violent and sadistic crimes. AB 1171 will mandate adherence to a law that will protect vulnerable spouses in a union.”

Credit: CBS News (NewsTrack Nigeria only made input in the headline)