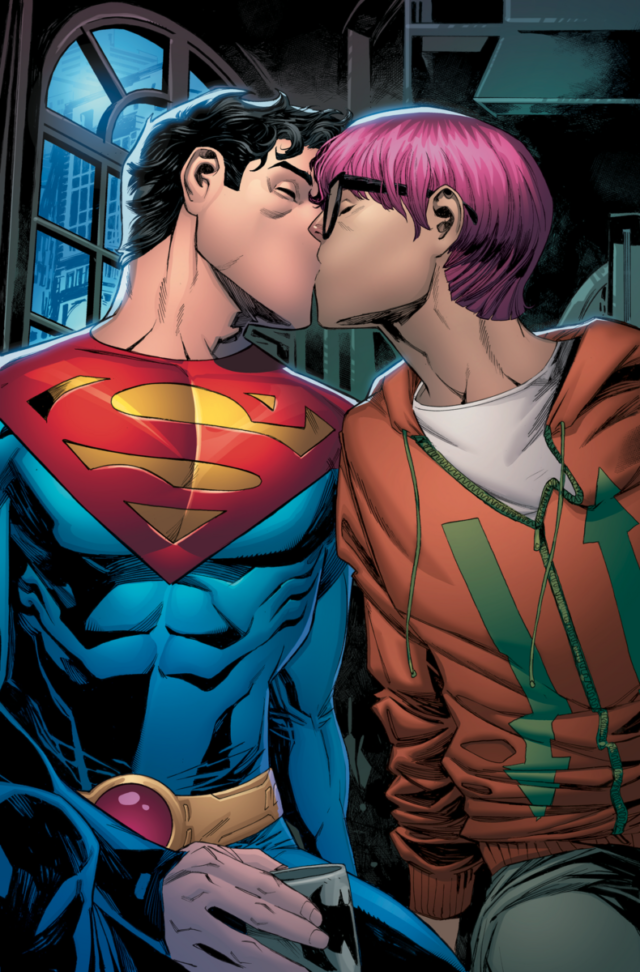 For lovers of Superman comics, DC Comics have revealed some radical character change in the character of its comic super hero in consideration of the acceptance of the new world order with its concomitant new lifestyle – sexuality and acceptability of its variants not minding the place of religious beliefs.

Superman, the renowned superhero of DC Comics, is set to come out as bisexual after falling in love with a man in a new issue, the company revealed on Monday.

For those unfamiliar with the current continuity of DC Comics, there are currently two heroes operating as Superman. One is Clark Kent, who originally debuted in comic books in 1938. The second is his and Lois Lane’s son, Jon Kent. Essentially, Jon spent some time as Superboy before his father recently convinced him to take on the title of Superman as well.

The fifth issue of the DC comic series “Superman: Son of Kal-El” will confirm that the new Superman — Jon Kent, child of Clark Kent and Lane — is bisexual after falling for Jay Nakamura, a male reporter, DC announced this week.

According to DC, the pair will begin dating after Superman suffers from ‘mental and physical burn out’.

“After initially striking up a friendship with reporter Jay Nakamura, he and Jon become romantically involved,” the company said.

“Following a scene where Superman mentally and physically burns out from trying to save everyone that he can, Jay is there to care for the Man of Steel.”

It continues: “Faster than fate. As powerful as hope. Able to lift us all. For all his great power, Jon Kent can’t save everyone, but that won’t stop him from trying. How much can Earth’s new Superman do before this Man of Steel buckles? And when he does, who swoops in to save Superman?”

“I’ve always said everyone needs heroes and everyone deserves to see themselves in their heroes and I’m very grateful DC and Warner Bros. share this idea,” said writer Tom Taylor.

“Superman’s symbol has always stood for hope, for truth and for justice. Today, that symbol represents something more. Today, more people can see themselves in the most powerful superhero in comics.”

Dailymail reports that the news about Superman’s LGBTQ+ relationship comes just two months after DC Comics announced that another of its legendary characters – Batman sidekick Robin – was also set to come out as bisexual and begin a relationship with a man.