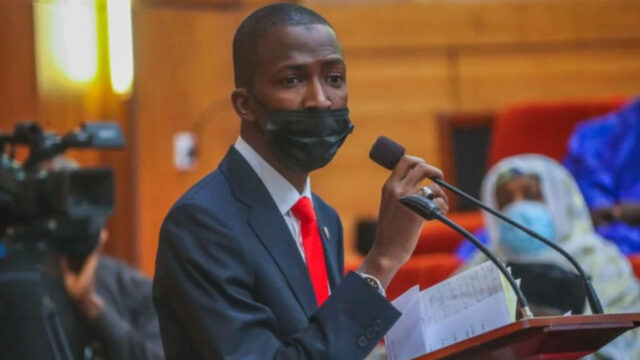 Abdulrasheed Bawa led the Economic Financial Crimes Commission (EFCC) plans to spend N920,921,105 on training and transportation of its operatives to different locations within and outside the country in 2022.

This is part of EFCC’s budget contained in the 2022 Appropriation Bill submitted by President Muhammadu Buhari to the National Assembly last week.

A copy of the bill, reportedly seen by Peoples Gazette, gave a breakdown of how the anti-graft agency will use the money.

Meanwhile, the federal government plans to borrow to finance the N6.258 trillion deficits in the proposed 2022 budget.

This shows an increase of N2.36tn or 7.13 per cent increase within the three-month period.

The debt to Gross Domestic Product ratio rose from 21.13 per cent to 21.92 per cent within the second quarter.

At the end of the second quarter, a breakdown of external debt stock showed that multilateral debt (from World Bank Group and African Development Group) led the list of Nigeria’s creditors with a share of 54.88 per cent.

The second highest was commercial debt (from Eurobonds and Diaspora Bonds) with a share of 31.88 per cent.

It was followed by bilateral debts (from China, France, Japan, India and Germany) with a share of 12.70 per cent.