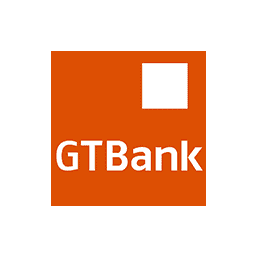 While the dust generated from the sustained legal battle between Innoson Group, a vehicle manufacturing Company and Guaranty Trust Bank (GTB) is yet to settle, the Bank is in the news again for all the wrong reasons – fraudulent deductions and hacking.

The customers GTBank have protested over the alleged fraudulent deductions of their hard earned money and hacking of their accounts by the Ring Road branch of the bank where the alleged incidents have become a recurring decimal.

According to reports, a staff of the bank in the branch, who was trying to pacify some of the fraud victims, disclosed that a sum of N49, 000 was also deducted from her own account by GTBank as a staff.

One of the victims and customer, who simply introduced herself as a prophet who spoke on the condition of anonymity cried out, saying that a sum of N2, 000 was unduly deducted from her account as another alleged a reduction of N1million from his account overnight said: “I’ve experienced it in GTB before. Then, it was 100k that was deducted. Since then, I stopped using the account to receive any amount that is more than N100, 000.

But recently, someone had to send the sum of N1m into my account and as I came to the GTB Ring Road branch this morning and saw people complaining, I just checked my account, only for me to see that the N1m transferred into my account yesterday has been deducted. What I can assure you is that the Branch Manager cannot feign ignorance about what is happening in her branch.

According to them, “Imagine, they first claimed they were trying to upgrade, later they said they were investigating it, now they claimed it was blablabla… lamented a victim who also said, “I was right in my house this morning, with my ATM in my purse, only for me to get debit alerts of N2000 and N4, 000 respectively, around 5.20am, claiming I withdrew the money from a GTB POS,”.

It was gathered that the fraudulent deductions of money is not limited to Naira-dominated accounts, but affects the domiciliary account holders, as another victim, claimed that a sum of $200 was deducted from his account early in the morning.

He says, “I didn’t use my Domiciliary Card since over two months I collected it. I kept it inside the ceiling, but now, GTbank management claimed that I spent the money on an online transaction”.

One Mr. Adebanji, noted that the issue of fraudulent deductions of customer’s money is not peculiar to the Ring Road branch of GTBank alone, but said that some of his kinsmen have had their share of the bitter experience with the bank. He disclosed that there are cases of such fraudulent deductions in other banks in the country but there is the need for the management to buckle up in tackling fraudulent activities in their businesses, especially when most of the frauds are perpetrated by some of the banks and in conniving with some of the banker staff.

The manager of the Ring Road branch refused a clarify these issues and had ordered that the doors of the bank be closed against customers, for any transaction whatsoever, either to prevent these issues from getting out of hands or to make sure some of the challenges raised by some customers are dealt with in-house.

Meanwhile, the Bank ought to have lost its legal status over its humongous indebtedness to Innoson Group but for some some interventions.

GTbank had allegedly moved to blackmail the Car manufacturing Company with falsified import documents but failed.

As at November 2020, the indebtedness to the Vehicle Manufacturing company was put at over N32 billion based on the accumulated interests.