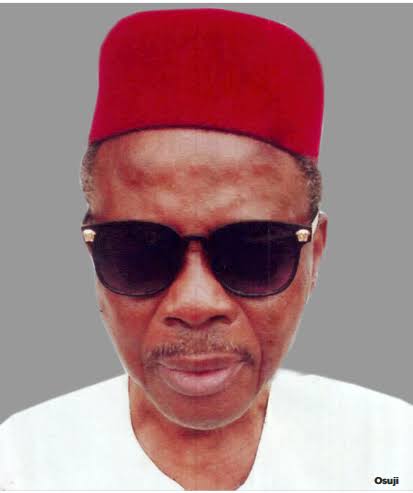 In every human behaviour, qualities and the like truth has no alternative. Those who have traveled at and wide knows that the United Nations have declared Nigeria as the capital of political misgivings, political manipulation, political 419, Political poverty and so many others.

Yet, there are many Nigerians who live in this country who cannot, absolutely cannot be associated with such misbehaviours. I have always refused and insisted in all my write ups to to accept that every politician in Nigeria and more so in Imo State is a fraud star. No, absolutely no. I will never accept that.

The fact that there are many 419ans in Nigeria particularly in Imo State will never make me lump up every Nigerian as a political 419. No, absolutely no. I will never accept such characterisation because it is not the truth. I have traveled far and wide to many countries, I can’t believe that there are more criminals in my country than in other countries. No. Absolutely no.

For example, people tend to use one ruler to measure every human being in Nigeria. It is wrong to come to such conclusion. Whether we like it or not, whether we are political perfectionist, whether we are political 419, I must accept the fact that there are many people in Nigeria particularly in Imo state and southeast in general who could be described as political jobbers. Usually these people stay together in bars, in clubs and in other conviniences to permutate and make plans to do something. For example, let us take this slang, “They said that” why can’t we ask who said that?

A couple of months ago, IMO state capital was quiet and its citizens busy with their individual occupations, certainly, one or two irresponsible vagabonds or miscreants decided to disturb the peace of the entire State and beyond saying, “There are some unknown gun men shooting at Douglas.” Before we knew it, the entire city, state and the entire southeast were in rampage. Those who are running eastward were asking those running westward, “did you see the gunmen?”

Nobody but nobody could confirm that he or she saw any gunmen. What took over in that State was, “Them say them say” unfortunately, this was the handwork if mischief makers. In the process, many marketers and traders were injured from running to for no just cause just for, “DEM SAY.”

The rumour probably may have been started by a group of hoodlums who wanted to disturb the peaceful atmosphere of Imo state just to score cheap card and cause disturbance to the government of Imo state to make it seem like the government is not in control. On that day, IMO State was known as a city of “Dem say dem say” and the question is, who said?

I have used this introduction as a prelude to this seriously minded analysis. For example, we are just gradually recovering from incidents of unknown gunmen and dem say dem say. Let me recall one incident to which I was an eye witness.

In 1968 August at Owerri Road Port Harcourt, specifically at Ikoku bus-top Diobu. Three young men probably not their twenties began to run towards mile three to the effect that Biafran army had shutdown a Nigerian fighter jet. I joined the group of those who ran towards mile three and mile four to go and have a glimpse of the downed aircraft. We ran as much as we could. As we ran, we were joined by those who had heard the news and were coming from mile four equally running, asking us if we had seen the aircraft. The more we ran up to mile five, the more we discovered that there was nothing like that. When we suddenly realised that it was a fake news, we looked very stupid to have covered over six miles in search of nothing absolutely no aircraft. Because the propaganda which I have studied and practiced over the years, “Truth does not have an alternative.”

Let me link these with the aftermath of the fourth anniversary of Egbu declaration. Since the declaration of that historic event was organised by Owerri leaders of thought two weeks ago to galvanise what the people of Owerri zone has come to regard as a process leading to political equation in Imo state happened, many feathers who have wrongly Believed that Owerri people have gone to sleep. Since then, many juvenile articles written by some perhaps people with cocoyam brains including those who have misunderstood the genesis of the entire renaissance have begun to dish out capricious propaganda, castigating some Owerri leaders of thoughts.

Of particular interest was the centralisation of criticisms of the anniversary on Rt. Hon. Emeka Ihedioha on his speech which people have given all manner of interpretations. From those articles which were mostly sponsored, they though that Chief Emeka Ihedioha, former governor of Imo State have reactivated the thought of Ndi Owerre to reactivate their genuine desire for equity and justice which may lead to a governor of Owerri extraction.

Honestly, I must make distinction between street jobber, political jobbers and political scavengers in Imo state. As a well educated and learned person, I can not condemn anybody for asking for his or her own civil right. I must ask a question, what is the matter?
The matter is that since the creation of IMO state in 1966, except for when an owerre person was governor and for a brief period for Mbakwe, only people from Orlu zone have become governors in the state and these included Achike Udenwa, Rochas Okorocha and now Uzodinma. And if what Egbu declaration generated was simple and pure equity justification in law and in logic, why would some people crucify somebody for steerheding the reactivation of such an idea. According to Kenneth Kaunda ,”Ideas maybe slow coming to fission but they cannot be wiped off.” There is one thing I love in Political science and it centres on the fact that, “Truth hurts and that truth does not have an alternative.”

There are indeed many intellectuals from Orlu and owerri zone who appreciates the reciprocal distribution of the governorship seat. Anybody who opposes these idea must examine his or her thinking faculty.

For example, I am a person from Owerri zone. Now, tell me why I should not support the liberalisation of equity in the state? Those who oppose to this ideas are not political intellectuals but they are mere political buccaneers who like to eat from a national cake while they dominate, dominate and dominate.

According to Michael King a historian, he said, “When people are gathered for political distribution, one thing that can help them is to beat in mind the issue of equity and justice. But I they do not do these, there maybe anarchy or at least a resentment.”

Finally, Emeka Ohedioha is a son of Imo State and Nigeria and he has the right to contest election over and over and the people have the right to stop him over and over. Who would believ fat senator Hope Uzodinma after coming fourth in the general election would be the governor today? It is the making of God. After all, how many PDP’s supporters have offered support since after the January 14th judgement? People have said he should be allowed to rule for 6yrs. Yes, they have the right to say that but they should not forget what Walter Bagehot said in Functional politics,”The people’s will will always prevail.” After all, he has right to do that and equally the people has the right to stop him. After all, I strongly remember how I was criticised when I wrote an article entitled, “Hope running for good governance.” After all, I write for truth and not for flamboyance. After all, every man is entitled to his own opinion but what matters is the opinion of the celestial king who is the author of all things. For me, many people are condemning Rochas for aspiring to be the President of Nigeria. But to me, he is entitled to his thought but it is the people that will make that possible. After all, according to Walter Bagehot, “What touches one touches all.” I love Imo but I love more the Imo that believe in Equity and Justice.