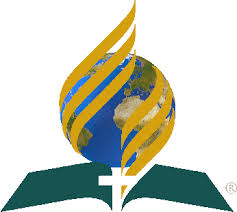 *DAILY BREAD: A DEVOTIONAL FOR THE CHILDREN*

_For God does not see as man sees; man looks on the outward appearance, but God looks on the heart (1 Samuel 16:7)._

I remember reading a story once about a man who was exploring some caves by the seashore. In one of the caves he found a canvas bag with a bunch of hardened clay balls. It was like someone had rolled up some clay and left them out in the sun to bake. They didn’t look like much, but they intrigued the man, so he took the bag out of the cave with him.


As he strolled along the beach, to pass the time, he would throw the clay balls one at a time out into the ocean as far as he could throw. He thought little about it until he dropped one of the balls and it cracked open on a rock. Inside was a beautiful, precious stone. Excited, the man started breaking open the remaining clay balls. Each contained a similar treasure. He found thousands of dollars worth of jewels in the 20 or so clay balls he had left, then it struck him. He had been on the beach a long time. He had thrown maybe 50 or 60 of the clay balls with their hidden treasure into the ocean waves. Instead of thousands of dollars in treasure, he could have had tens of thousands, but he just threw it all away.

You know sometimes, it’s like that with people. We look at someone, maybe even ourselves, and we see the external clay vessel. They don’t look like much from the outside. They don’t always look beautiful or sparkling, so we discount them; we see that person as less important than someone more beautiful or stylish or well known or wealthy. But we have not taken the time to find the treasure hidden inside that person. There is a treasure hidden in every one of us. For we are wonderfully made. Not just our physical bodies, our spiritual selves, which are sometimes hidden from others by the “earthen vessel”. But if you take the time to get to know that person, and if you ask the Spirit to show you that person the way He sees them, then the clay begins to peel away and the brilliant gem begins to shine forth.

The glory of friendship is not the outstretched hand, nor the kindly smile, nor the joy of companionship; it is the spiritual inspiration that comes to one when he discovers that someone else believes in him and is willing to trust him with his friendship.

Christ is calling us to look beyond our own heart, out into the world, to learn to see other people as God sees them, to follow him in debunking the world’s assertions about who deserves love. Knowing that none can ever redeem him/herself or the world by their own power, it is God’s boundless grace that gives us the peace and strength to live into that call.

*Song*
Let your heart be broken for a world in need:
Feed the mouths that hunger, soothe the wounds that bleed,
Give the cup of water and the loaf of bread
Be the hands of Jesus, serving in His stead

Let your heart be tender and your vision clear;
See mankind as God sees, serve Him far and near.
Let your heart be broken by a brother’s pain;
Share your rich resources, give and give again

*Prayer*
Thank you Lord for reminding me that every creature of yours is unique and has a purpose and something to offer. For everything you made is good. Teach me to esteem others better than myself whilst giving all that comes my way a chance to prove their worth and uniqueness, focusing on character and integrity not outward appearance, in Jesus name, amen.