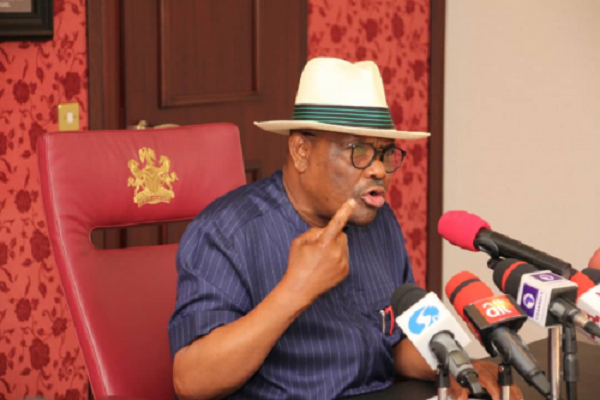 Governor Nyesom Wike of Rivers State has predicted that the ruling All Progressives Congress awaits dooms day before 2023.

Wike said that APC is like an aircraft that will face severe turbulence and bound to crash before arriving its destination.

The Governor, who also acknowledged that his Peoples Democratic Party (PDP) would also face turbulence when choosing its 2023 presidential candidate, however, said the challenges of PDP would not lead to disintegration.

Speaking on African Independent Television (AIT) on Thursday, Wike explained that only a courageous person with the capacity and vision to salvage the country would be supported to fly the presidential ticket of the PDP in the 2023 general election.

He said though the party was yet to decide the geographical zone of its candidate, such person must have the capacity to confront will be one who can confront the tactics of APC.

He said the process to determine who PDP will field as its presidential candidate will be a turbulent one.

He said: “Let nobody come and tell you that in arriving at a presidential candidate that it will be easy. No way, it can never be. You know, there are two types of turbulences. There is turbulence that will not have a crash, which is a normal turbulence. There is turbulences that there is likely to be a crash.

“PDP has redeemed its position towards what Nigerians are expecting, because Nigerians are tired of what is going on in the country. So they need an alternative, and the only alternative as it is today is the Peoples Democratic Party, (PDP). ”

Wike said as a firm and courageous person, he would only support a presidential candidate that would not mortgage the party for other selfish interest.

“And so, if you want to run for presidency under PDP, I will not support somebody who’ll just want to bear the name of former presidential candidate, I will not agree to that. I must see that you are prepared for it, and to confront this evil called APC”, he said.

Wike boasted that he felt fulfilled that PDP got it right with a peaceful conduct of its national convention that saw the emergence of a new competent national working committee, (NWC).

He dismissed insinuations in some quarters that PDP governors wanted sole control of the party, saying any true party man would love a focused, stable and forward-looking PDP.