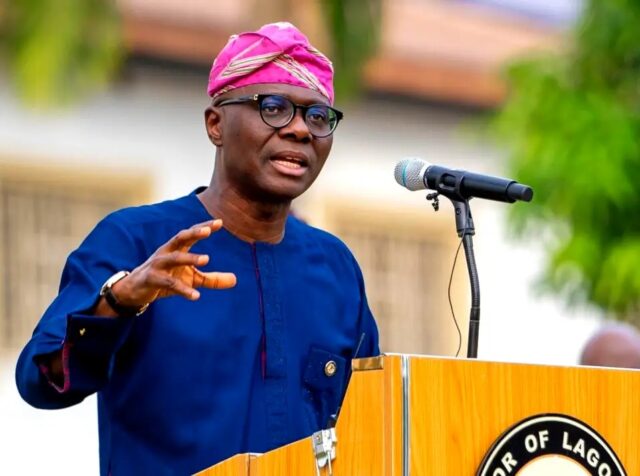 
Sanwo-Olu, made the remark during the 2021 Eid-ul-adha get-together held at Lagos House, Alausa, Ikeja recently.

He sought the prayers and support of residents towards better service delivery addinng that, “without it, it will be difficult for this administration to achieve its THEMES development agenda aimed at ensuring a Greater Lagos for all.”

The governor, represented by the Secretary to the State Government, SSG, Mrs. Folasade Jaji, called for harmonious relations between the religious groups in the state for peace in the state.


Also, the wife of the governor, Dr Ibijoke Sanwo-Olu, said residents have every reason to thank God and celebrate, especially with the successful conduct of the local council elections, because some people were afraid that there would be crisis.

“But we thank God that things went well during and after the election.”

She also praised and thanked Allah for granting the grace and enablement to witness another Eid-el-Kabir, which is a significant event in the Islamic calendar.

“Therefore, this special Eid-El-Kabir celebration put together by the Lagos State Government through the First Family and the Ministry of Home Affairs is geared towards appreciating Allah and serving as a veritable reminder of the need for people to remain faithful to the ideals of the festival.”